Citizenship Amendment Act was not necessary ﻿Bangladesh Prime Minister Sheikh Hasina said she did not understand the purpose of the Citizenship Amendment Act (CAA) passed in India that aims to offer citizenship to non-Muslim minorities that have faced persecution in Bangladesh and other neighbouring countries.

“We don’t understand why [the Indian government] did it. It was not necessary,” she told Gulf News during an interview in the UAE capital of Abu Dhabi.

The CAA was passed by the Parliament of India on December 11, 2019, and provides a path to citizenship for members of Hindu, Sikh, Buddhist, Jain, Parsi and Christian religious minorities who have allegedly fled persecution from Pakistan, Bangladesh and Afghanistan before December 2014.

Bangladesh, where 10.7 per cent of the 161 million-strong population is Hindu and 0.6 per cent Buddhist, has denied any migration to India because of religious persecution.

No reverse migration from India

Protests and violence have erupted across India since the enactment of the CAA last month, and declarations by the Indian government that the National Register of Citizens (NRC) will be carried out nationwide. Analysts in Bangladesh have expressed fears that Indian Muslims who are unable to prove their citizenship claims will seek shelter in Bangladesh.

Rohingya crisis has to be resolved

According to Sheikh Hasina, the relationship between Bangladesh and India is currently at its best, with cooperation in a “wide spectrum of areas”. But she highlighted concerns with Myanmar, from where 1.2 million Rohingya have arrived, and are living now in camps in Bangladesh’s southeastern area of Cox Bazaar.

“The Rohingya crisis originated in Myanmar and the solution lies with them. But unfortunately, Myanmar is yet to take any meaningful step to address the core concerns of the Rohingya [on their] safe and dignified return. Two repatriation initiatives [so far have] failed as not a single Rohingya wants to go back voluntarily. It revealed that Myanmar did not succeed in creating an environment conducive for repatriation,” she said.

According to the premier, Bangladesh cannot indefinitely shoulder the burden of providing for more than a million refugees. “If the problem persists, it may seriously affect the security and stability of the region. [This is why the] international community should remain [engaged] with the Rohingya issue until it reaches a sustainable solution,” she urged.

Bangladesh’s plans to burn more coal for power have generated concern among environmentalists but the country’s prime minister has assured that the [coal] stations would not promote widespread environmental damage.

“Bangladesh generates 2.5 per cent of its electricity from coal at present, and plans to make coal 25 per cent of the power mix,” Sheikh Hasina said.

“Bangladesh has a very low carbon footprint as far as power generation is concerned, so it should be allowed reasonable ‘carbon space’ for the expansion of its power generation capacity to meet its development agenda,” she added.

Sheikh Hasina, who was speaking during a visit to the Abu Dhabi Sustainability Week, where she attended the opening of the World Future Energy Summit, commended the UAE’s initiative, saying a week focused on sustainability would help generate new ideas geared towards global sustainability.

“This is the first time I am attending [Abu Dhabi Sustainability Week], and it is a very good initiative by the UAE. There are opportunities for many [new] ideas [and innovation] and there is the [Zayed Sustainability Prize],” she said.

Bangladesh first announced plans to develop 29 new coal-based power stations in 2016, even though the nation is among the most vulnerable to the effects of climate change.

It is predicted that 42 million people living in coastal areas in the country are under threat of displacement by 2050 due to coastal inundation. River bank erosion is also a concern for all the major rivers in the country like the Padma, Meghna and the Brahmaputra-Jamuna. “It’s been 22 years since the establishment of the first coal power plant in Bangladesh’s Dinajpur district. We haven’t seen [much] environmental damage. I’ve personally checked through in-person visits,” Sheikh Hasina said.

In the past, the country generated much of its power from natural gas.

“A decade ago, more than 90 per cent of the power generation mix was from gas. But domestic gas [reserves] are depleting rapidly. So the alternatives are coal, liquid fuel, nuclear power,” the Bangladeshi prime minister said.

Sheikh Hasina explained that the country’s growing population, estimated as the eight largest in the world, and its development, have put pressures on existing resources.

“About 95 per cent of our population now has access to electricity. But [this] population is developing economically, and people’s purchasing power is increasing. So they need more electricity to power their mobile devices, computers, and digital classrooms.”

In the past, the country generated much of its power from natural gas.

“A decade ago, more than 90 per cent of the power generation mix was from gas. But domestic gas [reserves] are depleting rapidly. So the alternatives are coal, liquid fuel, nuclear power,” the Bangladeshi prime minister said.

Sheikh Hasina explained that the country’s growing population, estimated as the eight largest in the world, and its development, have put pressures on existing resources.

“About 95 per cent of our population now has access to electricity. But [this] population is developing economically, and people’s purchasing power is increasing. So they need more electricity to power their mobile devices, computers, and digital classrooms.”

Sheikh Hasina said Bangladesh already buys 600 megawatts of electricity from India, and has biogas plants, as well as hydropower production agreements with Nepal, India and Bhutan. It is also now setting up a 2.4-gigawatt nuclear power plant in central Bangladesh.

“Bangladesh [also] established solar power very quickly years ago, and it is [the main source] in areas without grid power. Nearly 5.3 million solar panels have been set up across the country,” she informed.

Sheikh Hasina added that fly ash, a coal combustion by-product, would also be put to use by the local cement industry.

Meanwhile, the country has recently announced forward-thinking plans to ban the use of single-use plastics in coastal areas, and hotels and restaurants, even though its 2002 ban on polythene bags has not been adequately enforced.

The premier acknowledges that Bangladesh has not yet been completely successful in enforcing the ban on the use of polythene shopping bags, citing the non-availability of good alternatives at an affordable cost, and the difficulties in restricting the raw material used to produce these bags.

“Now we have better alternatives, like biodegradable bags from corn, cassava and crop residue. One of our scientists has also invented a biodegradable bag from jute cellulose, which grows aplenty in Bangladesh. I have named it ‘Sonali Bag’ and instructed the Ministry of Textile and Jute to commercially produce the bags and make them available at low cost,” Sheikh Hasina said.

Next Story : 224 return from Saudi Arabia on Saturday 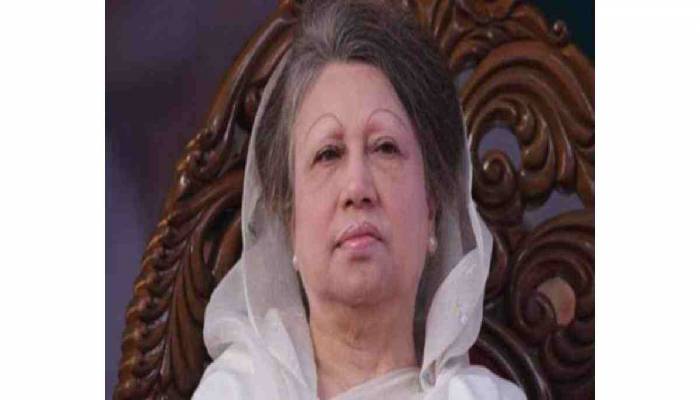