Govt to take tougher steps to save people from coronavirus: PM ﻿Prime Minister Sheikh Hasina on Thursday said her government will take tougher stance to protect lives of the people from the deadly coronavirus in view of massive surge in the infection and death rates in the last few days.

“Coronavirus has appeared as a pandemic. We are witnessing its blow. Although we have taken some measures to fight the pandemic, we might have to take tougher steps in future to save lives of the people and we must do it,” she said, reports BSS.

The Prime Minister was addressing the concluding ceremony of a six-month 71th foundation training course for fresh cadre service officers in the morning through a video conference from her official Ganabhaban residence in the capital.

The participants were connected from the Bangladesh Public Administration Training Centre (BPATC) and several other training centres.

The Prime Minister asked the fresh officers to be cautious in maintaining the health guidelines to protect themselves and others from the deadly Covid-19.

“After going to your workplaces, you all have to give special focus so that the people abide by the health guide lines,” she said.

The Prime Minister reiterated her call to the countrymen to follow the health protocols, particularly wearing masks, as she described it as the most important thing “to protect yourself and the people around you.”

“The life and livelihoods of the people must go on. We cannot inflict the people with sufferings. But, maintaining health guidelines is crucially important,” she said

The Prime Minister also suggested all to inhale vapor of hot water after returning home alongside doing gurgle which effectively works against the Covid-19.

On behalf of the Prime Minister, the state minister later handed over certificates among those secured first, second and third positions in the training course.

Rector (Secretary) of BPATC Md. Rakib Hossain placed the result of the training course to the Prime Minister and administered oath to 307 fresh officers – 228 males and 79 females.

Briefly highlighting the measures taken by her government for the overall development of the country, she said that they have reduced poverty to 20 percent from 41 percent and achieved 8.15 percent GDP growth through her government’s tireless efforts in the last 12 years.

The Prime Minister, however, gave the credit of becoming a developing nation to all and said, “We have to march ahead keeping the status intake.

But the coronavirus has rattled the entire world by making standstill trade and commerce, she said, adding that despite the fact her government has been continuing the development protects by formulating necessary plans and policy supports as her government is committed to make Bangladesh a prosperous and developed country by 2041.

The Prime Minister said that she always prioritizes training for making civil service officers up to the mark and world standard keeping pace with the changing trends in the era of science and technology.

She said her government has been giving fellowships, scholarships and donations for higher degree and higher training of the public servants.

Stating that they have been developing all the training centres across the country, the premier said that her government has taken a project for development of the BPATC, the country’s highest training institute, with all the modern facilities.

Once the project is completed, around 2000 public service officers can take training at a time in the BPATC, she added.

The Prime Minister said that the tenure of the training course would be extended further as her government had earlier extended the tenure to six months from four months.

Spelling out measures taken for development of infrastructure, education and health, she said that her government has been pursuing development activities in such a way that no region would be deprived of development.

“Our target is to reach development at the grassroots,” she said, adding that her government has been working to ensure civic amenities in every village.

The Prime Minister said that every person of the country would get their basic needs, included food, healthcare services.

Noting that her government will also give home to every homeless and landless people, she asked the fresh officers to work with sincerity regarding this. 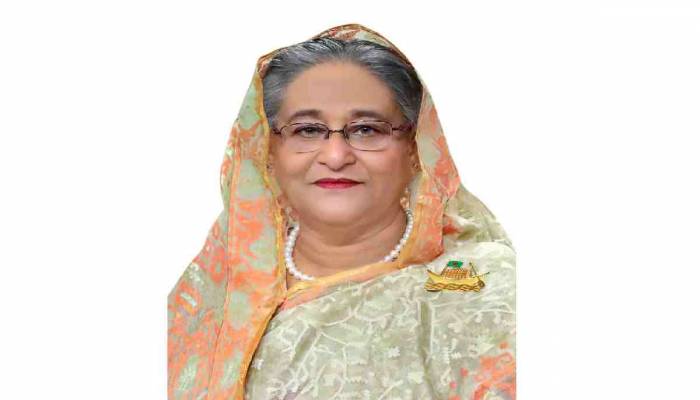