﻿The United States will impose "severe economic harm" on Russia and boost its military presence in Eastern Europe should Moscow invade Ukraine, the White House warned Monday, laying out the high stakes on the eve of talks between Joe Biden and Vladimir Putin.

Ahead of his virtual meeting with Putin, Biden also spoke with the leaders of France, Germany, Italy and Britain on Monday, after which the western powers expressed their "determination" that Ukraine's sovereignty be respected.

The US president will also quickly inform his Ukrainian counterpart Volodymyr Zelensky of the details of his discussion with Putin, taking place by videoconference Tuesday, as tens of thousands of Russian troops were

positioned near the Ukraine border, a senior US official told reporters.

The official said the White House does not know if Putin has made a decision to launch his military forces against Ukraine -- and stopped short of threatening direct intervention of American military force should he do so.

But Biden will make clear that there "will be genuine and meaningful and enduring costs to choosing to go forward should (Russia) choose to go forward with a military escalation," the official said, on grounds of anonymity.

The United States and European allies are prepared to take "substantial economic countermeasures... that would impose significant and severe economic harm on the Russian economy" if Russia attacks, the official said.

In addition, Biden will make clear that if Putin "moved in, there would be an increasing request from eastern flank allies and a positive response from the United States for additional forces and capabilities and exercises," they said. Blinken will meet with Russia as US pushes for more diplomacy 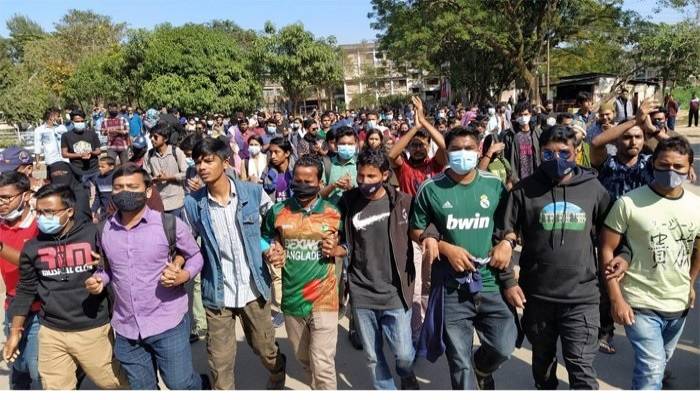